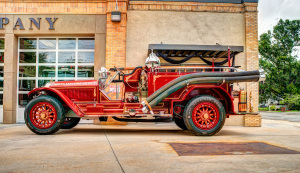 A lifelong resident of Cecil County, he was born in Elkton, September 6, 1941, the son of the late Charles E. and Margaret R. (Frame) Stewart.

Mr. Stewart retired after 42 years of service at Perry Point VA Medical Center where he worked in Grounds Maintenance.  After retirement, he worked 9 years as a greeter at Wal Mart, North East, MD.

A 50 year member of North East Fire Company, North East, MD, He was inducted into the Harford-Cecil Fireman’s Hall of Fame and recognized for his 50 years of service by the Maryland State Fireman’s Association.  He was very active in the fire company, serving as a Lt. for the Fire Police and on numerous committees over the years.

In addition to his parents, he was also preceded in death by three siblings: Raymond Stewart, Betty Crawford, Doris Ann Lloyd; and his son-in-law: Leonard Hamilton.

To send flowers to the family or plant a tree in memory of Vernon Dale Stewart, please visit our floral store.